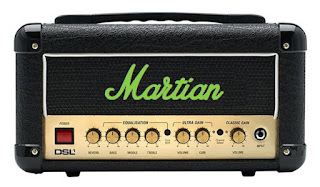 For a Reason <-- Click the link for the new song!!!
Maybe I should say tap?

I could write a LOT if information but . . . I don't know that people read all the details. Maybe only one person who reads it all is enough? (Its never enough) It took me a while to figure out what Sample the Martian's new direction would be. It isn't one vector exactly but - but the bulk of what I'm pursuing now musically follows my guitars. I have released a new demo for "Overdue Save Points" on Bandcamp. What that means is you should go listen to all of it. (Again possibly) and report back to me what you like most. I need to get these 27 demos up there and let you guys pick which ones I should give the final touch treatement to. There is a good chance that I have more than 27.

The other thing that is very important for me to say. Every now and again something cool happens to me in terms of music and Sample the Martian. The week after I released Self-Made Loner - abc aired an episode that had my sticker nice and huge in one of the scenes. Maybe that was chance. Maybe someone threw me a bone. I'll never know. When the OA came out - their production company hit me up for art and stuff to use in the show. . . and my sticker made an appearance. When I watched the OA - I was very honored. To me - artistic integrity is very important. Being brave and doing something unique is very important to me. (Or at least trying) and Brit Marling and Zal Batmanglij fully embody that. Anonymous Content - as well as Brit and Zal - make some some of the most interesting and fulfilling television that I've ever seen. From Philip K Dick, to The OA, to Counterpart to Mr. Robot.

I don't know why or how these things happen sometimes. They always seem random. The stuff that I push for seems like pushing a rock up hill. Then out of nowhere something awesome happens that I wasn't even thinking of.


Posted by Sample the Martian at 1:02 PM